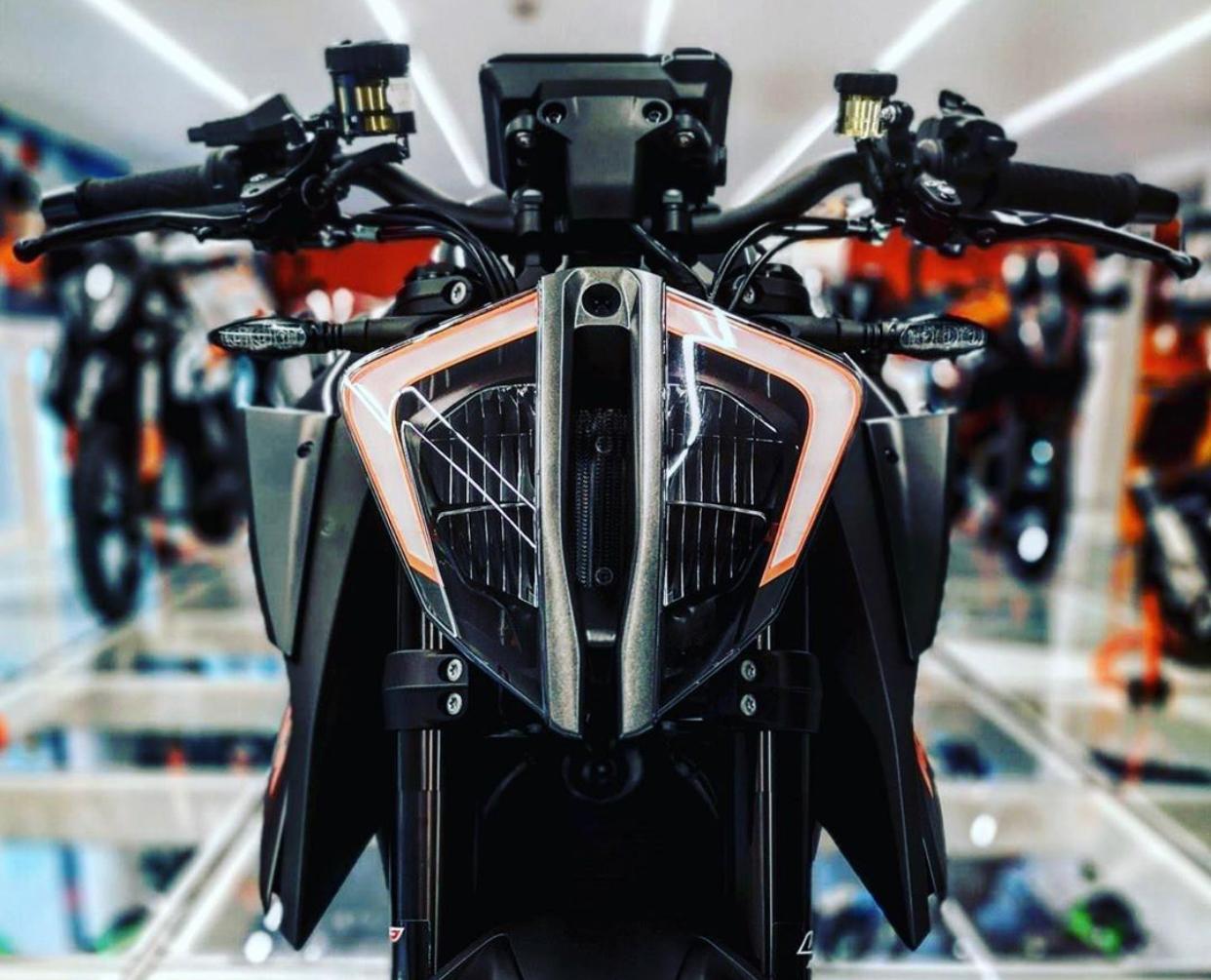 The instrumentation on the new model of KTM Superduke 1290R is much wider and more articulated than the previous version, also it has a USB socket on the left side facing the gear. The goal is as always to integrate this element as much as possible with the rest of the bike. 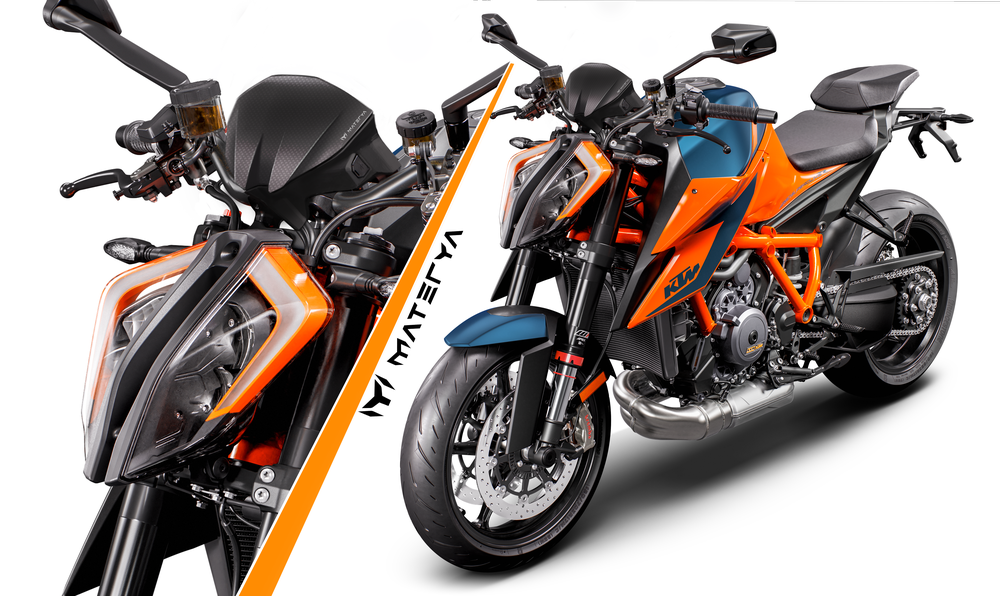 The central cut of the cover, like any work done on a KTM basis, has a central cut that goes to dialogue with the style of the front headlight assembly. A small spoiler has also been added to slightly raise the air flow that hits the pilot. 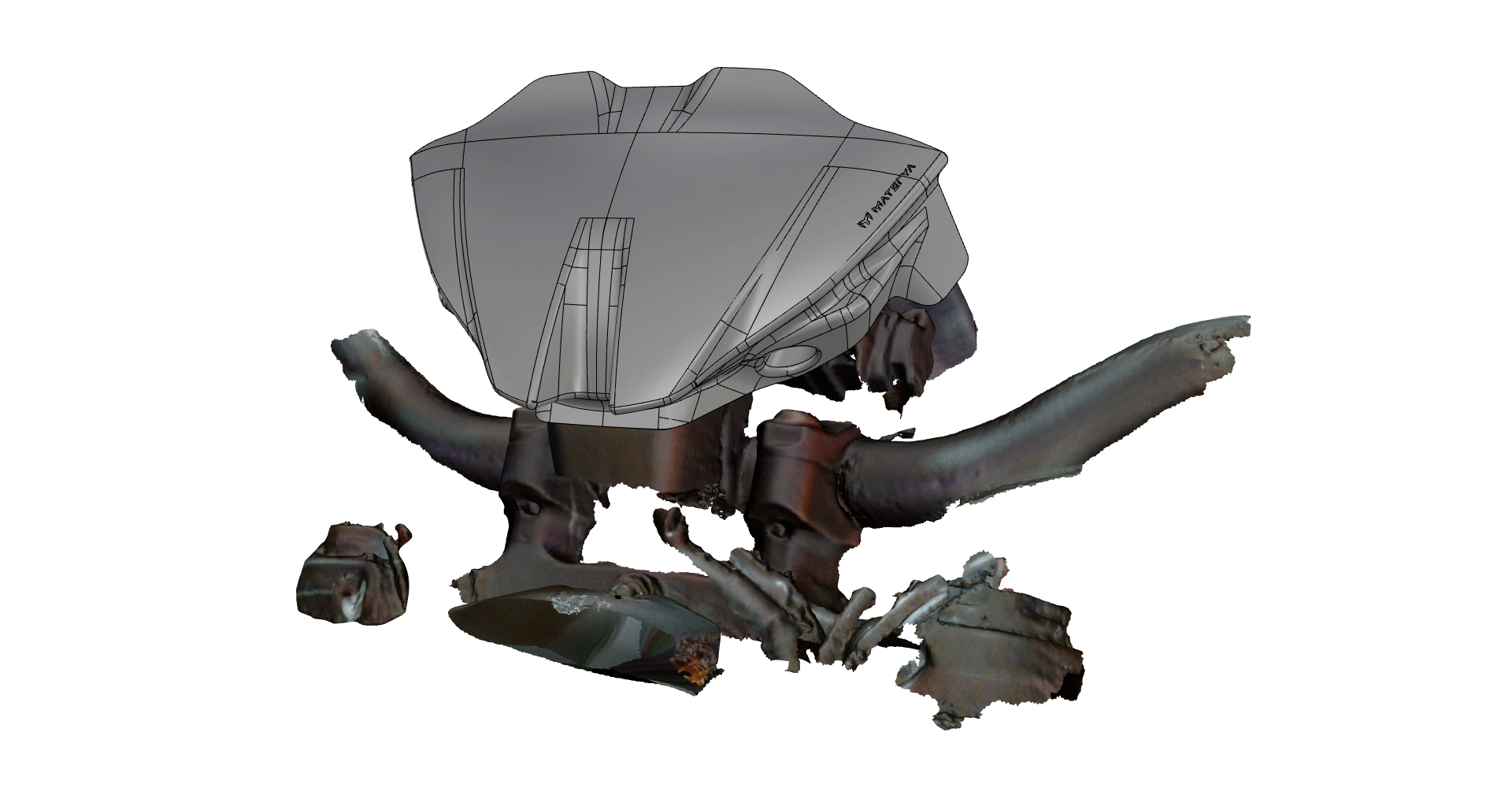 The geometry is symmetrical in style, but has an asymmetry in the lower area, in fact on the left side of the driver's side it has a profile that adapts to the USB socket, thus preserving its use. A cut was also applied to the spoiler, creating a dialogue with the front slot leaving a slight perception of continuity of the lines. 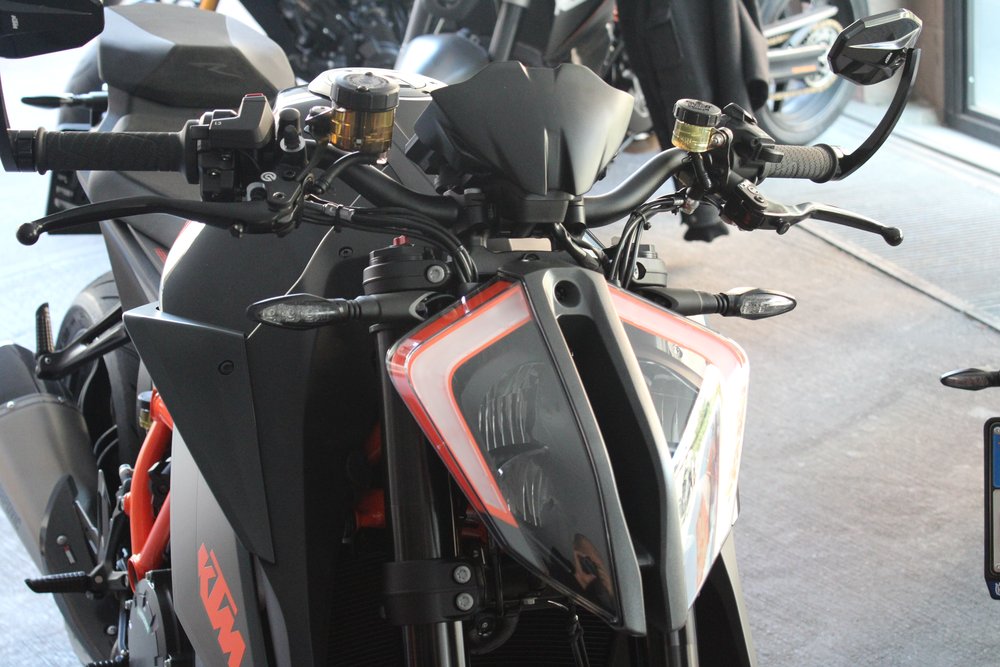 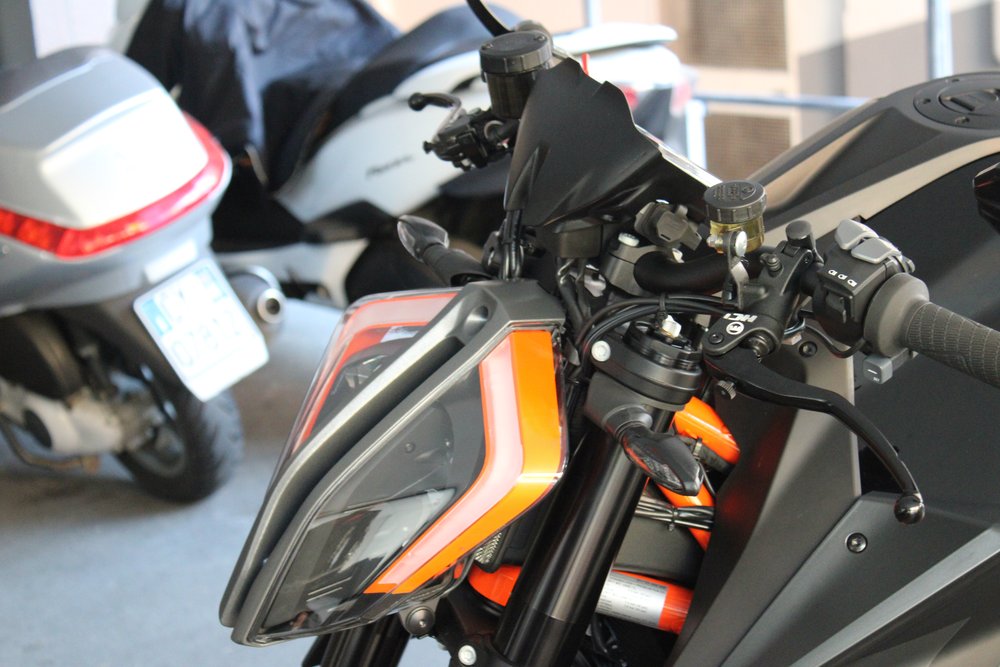 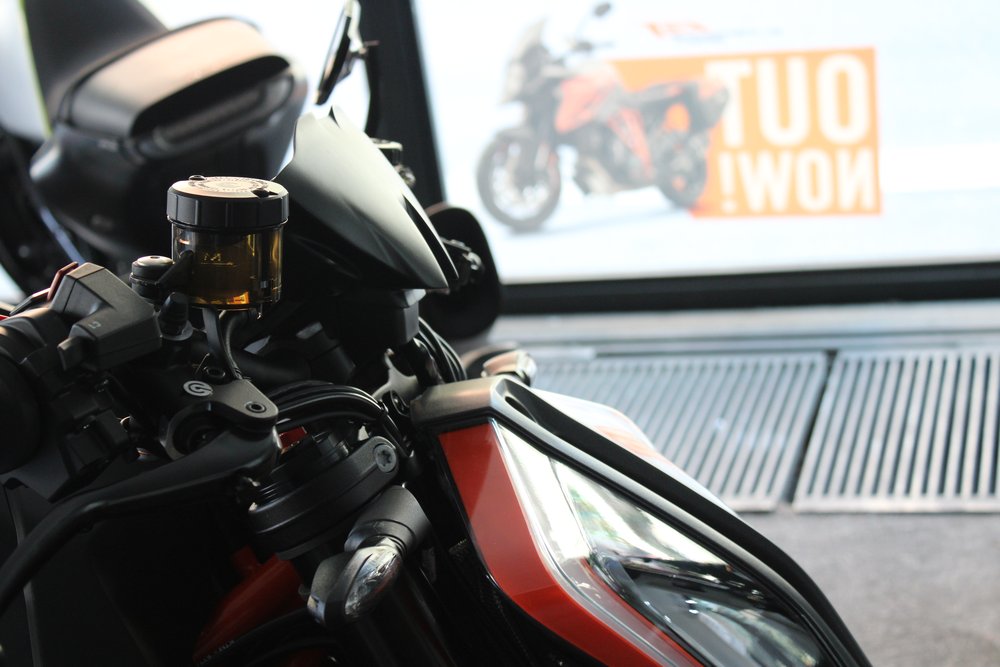 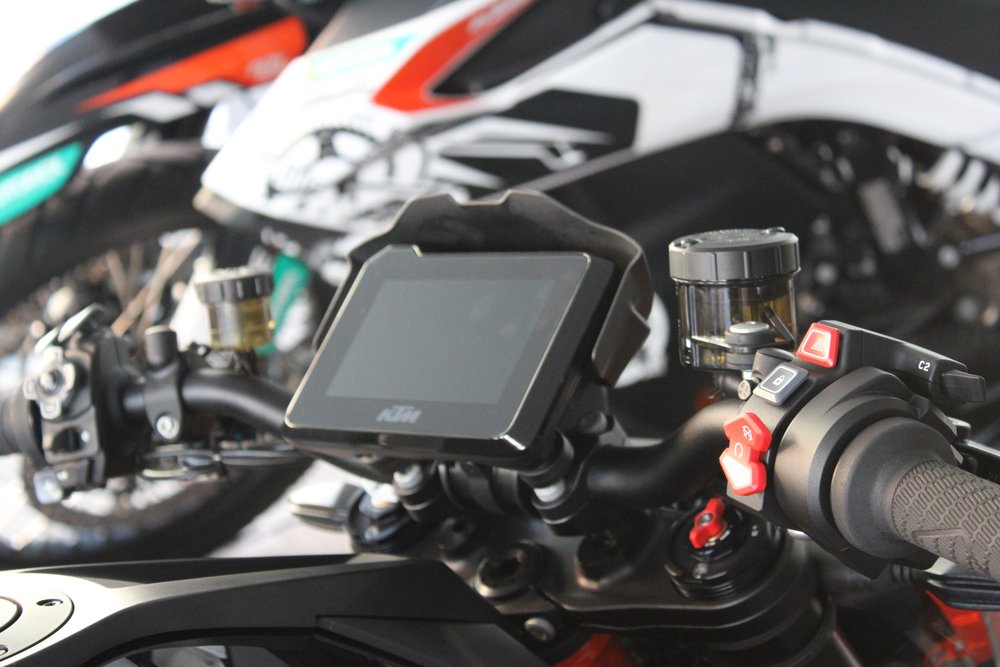